Ireland has three species of deer that are well established throughout the island: sika, fallow deer and red deer.

An additional species, Reeves’ muntjac deer, designated as an invasive species by Invasive Species Ireland, is believed to have been illegally introduced around the year 2000, if not before, by person(s) unknown. The distribution of this species is unknown at present; however, there have been a few verified sightings and a small number of shot individuals on the island of Ireland to date.

Red deer are the largest land mammal found on the island of Ireland. The Kerry red deer population are the descendants of a Neolithic introduction of red deer by humans around 5,000 years ago. All other populations of red deer on the island of Ireland were introduced much more recently, especially during the 17th and 18th centuries from Britain and Europe. Fallow deer were introduced, presumably, by the Anglo-Normans during the 1200s. There are no bone remains of fallow deer found in Gaelic archaeological sites. The word ‘sika’ in Japanese, where this deer species is originally from, means ‘deer’ and hence why this species is only referred to as ‘sika’ rather than ‘sika deer’. Four sika from Japan were imported, in 1860, first to Lord Powerscourt’s Demense in Wicklow, and subsequently three (one male, two females) from Powerscourt’s estate were sent to the Lord Kenmare’s Muckross estate in Co. Kerry in 1865.

The summer coats of adult sika and fallow deer have similar light-reddish brown colours with white spots, although fallow deer have black, brown and white coat colours too. However, sika have a dorsal black stripe, which is prominent in both summer and winter coats, which runs from the back of the head to the tail and also have a black-bordered white rump patch which is present all year. Fallow deer do not have the dorsal black stripe but do have a distinctive long tail, which is much longer than either tails of sika or red deer. Red deer display a red-coloured coat (of different shades), which is more vibrant in the summer months with a creamy rump patch and a very short tail. The winter coats of all species are much duller, grey and shaggier versions of their summer coats, with the sika losing their white spots completely.

The antlers, which are only borne by the males of the deer species and are shed annually in late Spring and subsequently regrown, are of many branches of multi-points in red deer, less complex number of points (usually eight) in sika and is of a palmate form with some points in fallow deer. The antler form and size can vary considerably with age and condition of the male and the number of points on each antler does not directly correlate with age (years) of the deer.

The typical life span of a wild deer is between 10 and 15 years of age, though exceptions can occur especially in deer parks and captive deer herds. The highest mortality period is in their first year of life, with over 80% of deaths occurring within the first week of birth. Females and males of the three species become reproductively mature at about 18 months of age, but are socially mature at different ages: females must attain a minimum body weight threshold before they can successfully conceive and produce a calf (sika/red deer) or fawn (fallow deer), usually two and a half years and older. On the other hand, males have a much slower growth rate and only reach their full adult body size/weight from the age of five years and can begin to successful fight and defend territories at that age.

Populations of red deer are found in the west, northwest, east and southwest regions of Ireland, with smaller populations found scattered throughout Northern Ireland and certain parts of the midlands. A similar distribution can be seen with sika, whereas fallow deer are the most widespread of the deer, found in nearly every county of the island.

Red deer are primarily grazers, but other food sources if available are taken advantage of, these include heather, dwarf shrubs and rough grasses such as Molina sp. found on the uplands. Heather plays an important food source to uphill animals during the winter months, especially if there is snow-covered ground. If the weather is harsh enough then the deer may be forced from the uplands to migrate to nearby farmland to feed upon farm crops generally at night. These can incur heavy damage on these crops which includes grass (silage) and cereals.

Fallow deer prefer deciduous and mixed woodland habitats and can be often seen grazing in fields near to woodlands around dawn or dusk. Fallow deer are primarily grazers but will also browse on trees and shrubs. Like all deer species, fallow deer can be opportunistic feeders and will supplement their diet with acorns, other fruits, nuts and fungi when available.

Sika are predominantly grazers but can be classified as intermediate grazer-browsers due to their highly opportunistic feeding patterns. Sika will feed on grasses, broadleaf buds and twigs, heather, fruits, fungi and acorns. They can readily adapt to sparse conditions found in conifer plantations. This allows them to flourish in areas of pine forests, sitka spruce and larch stands.

Outside of the mating season, males can be found in small bachelor groups whereas females and their offspring (making up family units) live and eat in different ranges to the males. Adult males and females only come together to mate during the rut, which occurs during the months of September in sika and October for fallow and red deer. The rut generally last for approximately 6 weeks. The males are very vocal during this time, attracting females and deterring males from their territories. Male deer can become highly aggressive during this time and will lash out at vegetation with their antlers, causing bark damage to young trees, branches and shrubs. It is very unwise to approach male deer during the rut as they may perceive a human observer as a threat to their territory. Red deer males roar, fallow deer males groan or belch and sika males have a high pitched scream and whistle call. Adult males of the species fight each other by locking their antlers and pushing their opponent while twisting the head. Serious injury and possible death can result from males fighting each other during the rut. The males do not eat very much during the rut as their primary concern is defence and mating with females. They can lose up to 20% of their total body weight during this period. Older aged males that are weakened from the rut, or have suffered injuries sustained during fighting bouts, may die during the following winter months.

The offspring, usually single births of a calf (sika/red deer) or fawn (fallow deer), are born in May/June. The offspring of all species are born with a dappled spotty coat that helps camouflage them from predators such as foxes while their mother is away feeding. These are not abandoned, so please do not pick the calf/fawn up if found during this time. The offspring are weaned from their mother’s milk between seven and nine months of age.

These species are all protected under the Wildlife Act (1976) and Wildlife (Amendment) Acts (2000).

Red deer and sika can interbreed and produce fertile hybrid offspring. At present hybrids are found in Co. Wicklow and surrounding areas, where the Wicklow population has expanded. A significant concern is the potential hybridisation between sika and red deer in the Kerry region given that the Kerry red deer are direct descendants of a Neolithic introduction from Britain. Equally of concern is potential interbreeding of the pure Kerry red deer with other red deer (of mixed/other stock), as well as the expansion of hybrid deer from the eastern region of Ireland to the southwest region, and such effects will threaten the pure genetic integrity of the Kerry red deer population. Overshooting may also be an additional concern for this particular population that is of significance within an Irish context.

Ruth Carden completed a PhD on palaeo-ecology and biology of giant deer in University College Dublin in 2006. Since then she has been working as an ecological consultant, as well as specialising in the identification of animal bone fragments from archaeological and palaeotonlogical assemblages. She has been a Research Associate with the National Museum of Ireland, Natural History Division since 2008 and in 2011 became a part-time post-doctoral researcher (osteometrics) on the ‘Dama International: Fallow deer and European Society 6000 BC – AD 1600’ ARHC funded project led by Dr Naomi Sykes, University of Nottingham (UK). In 2012 she became a post-doctoral researcher with the School of Biological, Earth & Environmental Sciences, University College Cork on the ‘FORDEER – The use of forests by deer in Ireland’ DAHG funded project 2012-2015. 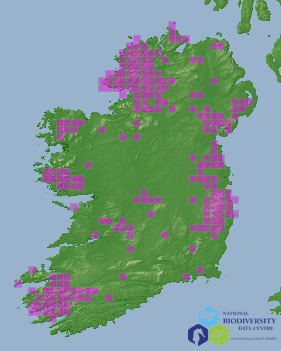