The wood mouse (Apodemus sylvaticus) is one of several rodent species found in Ireland.

It is the only one where we have legitimate scientific evidence confirming its long-standing presence on the island. Radio-carbon dating points to it being present in Ireland since the Mesolithic period and like many of our mammals, it probably arrived with early man.

It is bicoloured with brown fur covering its dorsal surface and has a white underbelly (the house mouse is a more greyish-brown for instance). It can be distinguished from other small rodents by its large eyes and ears, long hindfeet and a long, slender tail. Indeed, this characteristic gives rise to its other common name: the long-tailed field mouse. Its Irish name Luch féir is also linked to this common name, which means ‘grass’ or ‘field’ mouse. Wood mice generally weigh between 17–27g as adults (males are usually heavier than females) and can be up to 100mm in length from nose-tip to anus (with their tails almost the same length again). The wood mouse is a mostly nocturnal animal, with a rise in daytime activity occurring during the summer months.

The wood mouse is widely distributed throughout Europe, but does not extend far into the coniferous zone. It is absent throughout most of Scandinavia for instance. It is present all over the British Isles and is found on most of the offshore islands around Britain.

The wood mouse is a highly adaptable species and is found in most habitats. As its common name suggests, it is a woodland species but it is also found in large numbers in hedgerows, agricultural land, grasslands and can even be present in lower numbers on peatlands. It tends to more scarce in wetter habitats and at higher altitude. Unlike the house mouse, it has a limited presence in urban areas. It is common throughout mainland Ireland and like other small mammals, has a preference for habitat rich in ground cover. The species is nocturnal and will spend most of the day in a burrow. Live-trapping will yield many wood mice at first light, with infrequent captures of them during daylight trapping hours.

The home ranges of individuals are initially small but these increase drastically during the breeding season. Males in particular can increase the size of their home range by up to five times (going from approx. 2000m2 up to 10,000m2 in deciduous woodland for example), with female ranges increase much less. Like many mammals, females retain exclusive territories while males can overlap territories of several individuals.

Breeding takes place between March and October (but can last longer) with peak litter sizes occurring between June and August. Females may produce up to an incredible six litters per breeding season if conditions are very favourable. Females are in oestrous for a short period of time (<4 hours) but will mate with multiple males. Pregnancy lasts approx. three weeks and litter sizes are generally four to seven young (range 2–11). DNA analysis has revealed that wood mice exhibit multiple paternity and a single litter may have up to four fathers! At birth, the young weigh 1–2g and will generally leave the nest within three weeks. These young can breed within their first year of life.

The wood mouse is an opportunist feeder and will feed on both animal and plant foods. This very much varies depending on habitat, time of year and the age and sex of individuals. During the colder months, it will rely on seeds and plant material, and insects become more important during the warmer months. Larger animals such as frogs can also be taken. As an example of differences between age classes, juveniles eat less seeds than adults in woodland for instance. Females have also been shown to eat less animal foods than males during spring/summer. Its foraging behaviour and diet make it a very important disperser of seeds.

The wood mouse is not protected in Ireland and is an abundant and adaptable species. An estimate of the population size in Ireland is unknown but this could be around ten million individuals. Given how widespread it is, its population would appear to be stable in most of Ireland. At present it is unclear what effects the recent small mammal arrivals, such as the bank vole and greater white-toothed shrew, have had on the wood mouse. While it appears as though the wood mouse and bank vole co-exist without a serious detrimental impact, there is evidence to suggest that the combination of the two invasive small mammals (bank vole and greater white-toothed shrew) is resulting in a significant reduction in wood mice numbers.

Allan McDevitt is a molecular ecologist currently based in University College Dublin. He received his PhD from UCD in 2008, working on the colonisation history of Irish pygmy shrews. He since has worked on ungulates, carnivores and small mammals in Europe and North America, retaining a particular interest in the origin of Irish mammals. He has previously worked on the invasive greater white-toothed shrew in Ireland. He is currently a visiting researcher at the Mammal Research Institute in Leuven, Vlaanderen, Belgium. 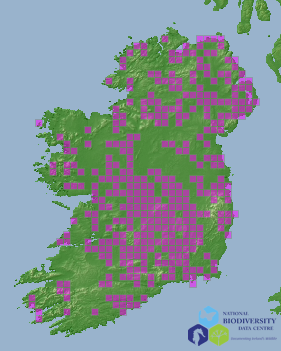 Number of young:Up to six litters in lifetime. Litter sizes of 2-11 (but mostly 4-7) born between March and October.