The Vincent Wildlife Trust has a long and successful history of establishing and managing reserves for wildlife. In England in the 1980s, it established three reserves for otters in Somerset and one, a building, for greater horseshoe bats in Devon. Today, the Trust manages 40 sites in Ireland, England and Wales, all roosts of either the greater or lesser horseshoe bat.

The Trust began acquiring buildings in Ireland used by the lesser horseshoe bat in the late 1990s and currently manages 13, located in Mayo (2), Galway (1), Clare (2) and Kerry (8). All are summer breeding sites although, during mild winters, up to 1,000 bats hibernate in the Kerry sites, roosting in the ground floor areas. During summer 2016, a total of 3,905 lesser horseshoe bats used Trust properties in Ireland, equivalent to 27% of the national population.

The course of action undertaken once a roost is leased or purchased by the Trust depends on the condition of the building. In some cases only minor works are necessary to ensure the building continues as a suitable breeding site, but where the building is in an advanced state of disrepair, major rebuilding work is undertaken, following a full structural inspection conducted by a chartered building surveyor. Although the types of buildings acquired range from single storey stone cottages to large two-storey stables, the aim of the renovation work is the same: to provide a structurally-sound building that also meets the roosting needs of the bats.

At some reserves, ‘bat specific’ features have been incorporated to further enhance the building, based on research and practical measures tested at VWT sites in the UK. This work is described in detail in our Lesser Horseshoe Bat Conservation Handbook. 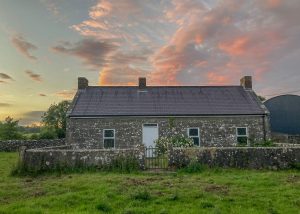 This cottage, in County Clare, is one of our thirteen Irish VWT bat reserves. This reserve in County Kerry is home to a colony of lesser horseshoe bats. 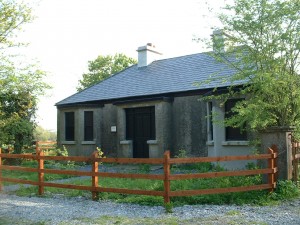 This cottage in County Mayo is our most northerly reserve.