The Irish stoat (Mustela erminea hibernica) is found all over Ireland and mainly eats rabbits.

They are usually, and mistakenly, called weasels in rural areas. It is in fact a distinctive stoat and a separate Irish sub-species.

It was first described by Oldfield Thomas and Gerald Edwin Barrett-Hamilton in the late 19th century. It has brown upper body fur, possibly darker then stoats elsewhere, but this has never been quantified. It has a white underside, and occasionally a white spot or two on the lips. Usually it has an irregular back-belly line between the brown back and the white underside. However, around 12% have straight back-belly lines, like stoats found in the rest of Europe. The tip of the tail is always black, a classic characteristic of stoats. It does not normally become white, ermine, in winter. It has characteristics of some weasels, the irregular back-belly line, and stoats, the back tail tip. They are highly sexually dimorphic, the females are much smaller than the males, and this is especially pronounced in the Irish sub-species, as it is in Irish otters.

The coat characteristics, plus its size, led to suggestions that the Irish stoat represents an intermediate form between weasels and stoats. This is now known not to be true and it is in fact a long term Irish native adapted to the lack of sitting snow. Hence it does not need to go white, which is linked to the irregular back-belly line. It represents part of an old ecosystem which was either in Ireland, or was connected to Ireland, in the post glacial period. It is regarded as a ‘good’ subspecies and possibly represents a cold tolerant form.

Stoats are found all over northern Europe, Asia and North America, as well as in New Zealand where they have been introduced. As they vary in size and coat colour, many subspecies have been described across their range. The Irish sub-species occurs all over Ireland and the Isle of Man and there is a similar type of stoat off the Scottish islands of Islay and Jura. There are also similar stoats in the north west of North America, again in areas which lack a lot of sitting snow and where they do not, often, go white in winter. This is probably an example of parallel evolution. Irish stoats occur in most habitats with sufficient cover, including urban areas, for example rat infested rubbish dumps. However, studies have shown that they occur most often in wooded areas, and readily climb trees.

Den sites have been described that were found in rat, rabbit and wood mouse burrows as well as in piles of sticks and stones and up trees. It is in these den sites that they acquire most of their flea and ticks infestations. They also often have infestation of lice and sometimes mites. High ectoparasite loads are highly clumped, for example 1,819 harvest mites were found on a single female stoat. Up to 50% of their skulls show damage by a nematode parasite called Skrjabingylus nasicola, which infest the sinuses and can cause holes in the skulls.

There have been few studies of the Irish stoat and to date only one study using radio telemetry, and one study using hair tubes. The males are fecund from March to August and are sexually mature as one year olds. The females, extraordinarily, are sexually mature while in the nest. The weight of the baculum bone, or os penis bone, can be used to age males. The young are born in early April and lactation occurs in April, May, June and probably early July. Females have eight, nine or ten nipples, with a mean of nine. A female, assumed to be with young, expanded her home range from 15ha in May to 22ha in July, which is considered to reflect the increased nutritional needs of her and her young. One male home range of 11ha has been measured. Daily movement distance for males was 250m and females 241m. They hunt systematically across micro habitats, for example climbing and searching most trees in woodland. Their predation of species that use tree holes may be significant as several species that might be expected to occur in Irish woods are absent.

Growth is mainly in the nest and most are adult size by September. This suggests that it is the amount of prey brought to the nest that determines size. There is a very marked north south cline in stoats in Ireland, with those in the north being small while those in the south are big. This possibly is a result of an earlier availability of suitably portable prey such as young rabbits in the south, or perhaps, the absence of the weasel.

They can make several noises, including hissing and chattering when agitated. Their diet has been the subject of four systematic studies plus many incidental observations. Their main prey is rabbits, followed by pygmy shrews, birds, birds’ eggs, rats, mice and voles. It is also possible that fruit and insects may form part of their diet. There are also several reports of them predating and eating fish on seashores, which has led to a suggestions that they are originally coastal animals.

There is no information on the overall status of the population, or its conservation, and the issue has never been seriously addressed, excepting where they need to be culled to protect birds. There are an estimated 160,000, but this figure is based as an extrapolation for data from Britain and it would be truthful to say we have no idea of how many Irish stoats there are. The Irish stoat is predated by foxes, dogs, and martens, and is probably also taken by birds of prey such as owls and eagles. They are also a frequent victim of road traffic and such accidents peak seasonally. The Irish stoat is protected under the Wildlife Act (1976) and Wildlife (Amendment) Act 2000 and is one of the species protected under regulations (Protection of Wild Animals) in 1980 which enabled Ireland to comply with the provisions of the Bern Convention of European Wildlife and Natural Habitats, which was ratified by Ireland in April 1982.

Paddy Sleeman is currently senior researcher at the School of Biological, Earth and Environmental Science, University College Cork. He holds a Masters degree on the parasites of deer in Ireland and a PhD on the ecology of the Irish stoat. 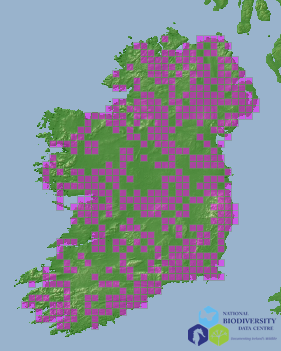