News | Blog | The pine marten in Ireland – measuring its recovery

As my three months surveying the pine marten in Ireland draws to a close, I am already wondering how I will fill the void left by what has been an intense but hugely fulfilling programme of fieldwork.

January dawned cold and dark with many mammals, us included, craving warm cosy spaces and a good supply of food. With only a few months remaining before the female pine martens sought natal dens in which to give birth, it was time for us to get to work. In partnership with the Native Woodland Trust we embarked on a project in Arden Wood, Co. Westmeath. This beautiful mature, broadleaf and possibly ancient woodland was the first site acquired by the Native Woodland Trust. We confirmed the presence of pine marten here using trail cameras, and set about selecting a suitable spot on which to erect an artificial den box. We required a sheltered tree with good cover for the animal and favourable habitat features on the forest floor, such as fallen logs. We erected a second den box in the Split Hills and Long Hill Esker SAC, a fantastic nearby woodland designated for its flora, including its orchid species, and where fresh scats had also confirmed the presence of pine marten. This site is formed on the esker crossing the centre of the country, a glacial feature dating back to the last ice age approximately 10,000 years ago.

The boxes are designed with internal chambers to provide a suitable denning site for the female marten to give birth. Natural denning sites occur in tree cavities, underground burrows and log piles but can be in short supply for these woodland specialists. Pine martens are solitary species, avoiding each other except in early summer during the mating period. The female has delayed implantation, where the eggs are not implanted into the uterus until the following spring. This survival mechanism ensures that the kits are born during the most favourable time of the year, which for pine martens is in March and April. The female will typically gives birth to two or three kits, which will stay in the natal den for about six weeks after which time they leave to explore the surrounding area. The kits remain with their mother for at least six months.

Standing attached to a ladder, five metres up a tree in the falling snow is quite an experience but, with the excellent teamwork of the Native Woodland Trust we successfully and safely installed two den boxes, which we are currently monitoring for uptake by a female. If you would like to learn more about this project, as well as the pine marten and the work of our organisations, we will be delivering a talk in “The Grocery” Tyrrellspass at 3pm on Saturday 2nd April.

Once my frostbite had subsided it was onto the next stage of our pine marten activities as I began my fieldwork for the Pine Marten Population Assessment (PMPA). This study is funded by the National Parks & Wildlife Service and is being undertaken by Peter Turner and Catherine O’Reilly from Waterford Institute of Technology (WIT), and Declan O’Mahony from the Agri-Food and Biosciences Institute.

The PMPA is currently surveying 17 10km squares throughout the country based on sites that yielded positive results in 2005 – when the current estimates were produced. The VWT are delighted to be part of the study and we are surveying three of the 10km squares. Following training with the team at WIT we began surveying the first site in Cong on the Galway – Mayo border. The methodology involves using a non-invasive technique to collect hair samples from the pine marten using plastic tubes (hair tubes) temporarily attached to trees. The hair tubes are baited with chicken and a sample of hair collected on a small sticky patch while the pine marten is removing the bait. DNA from the hair will be analysed by the team at WIT to identify the species, sex, and the individual martens using genotyping. The study will produce a population assessment for the species and assess the genetic diversity of the Irish pine marten population. This information will also be critical to conservation management and recommendations for future monitoring of the species.

Our individual survey trees were located in a variety of habitats, including conifer forests, conifer and scrub overlaying karst limestone with clints and grikes, woodland bordering Lough Mask and broadleaf woodland thick with mosses and rich ground flora.

With beautiful woodlands and snow-capped peaks visible across Lough Mask, it was challenging not to be distracted, and an early morning encounter with an impressive feral goat only added to the test. Although our survey started during a cold wintery early February when most mammals are less active, and we were barely visible beneath our waterproof and thermal layers, we did obtain good uptake from the martens. One third of the hair tubes were visited by martens during the first sample week. By the fourth and final week the buds were coming out and the uptake had increased to 18 out of 30 tubes. This was a very exciting start to the population assessment and I’m planning 10km square number two at present. The hair samples have been safely delivered to WIT and I await their analysis with anticipation!

Still staying with pine martens, I was delighted to be invited by the Dublin Branch of the Irish Wildlife Trust to speak about the pine marten at their regular Green Drinks event on 2nd February, highlighting this elusive and beautiful native mammal, as well as the wide variety of work currently taking place in Ireland and in the UK. It is an exciting time to work on martens and current research will continue to reveal new findings about their ecology and interactions with other species, such as with red and grey squirrels. I was able to include lots of video footage of martens and the enthusiastic audience made it a very enjoyable evening.

My colleague Kate McAney also featured the pine marten in her recent lecture to the Cork branch of BirdWatch Ireland, along with 30 other mammal species, in a lecture entitled ‘Irish Mammals and How to Conserve Them’. Despite having what is regarded as an impoverished mammal fauna due to our island location on the edge of Europe, we have an extremely interesting assemblage of native species, many of which display differences in their ecology from their European relatives. We also have an ever-growing number of non-natives species, and the occasionally invasive nature of their interactions with our native species – as is the case with the greater white-toothed shrew – is an intriguing area of research. This reminds us of how finely tuned our ecosystem is, and how the balance can be tipped with the addition of unforeseen stresses like invasive species, climate change and habitat loss. 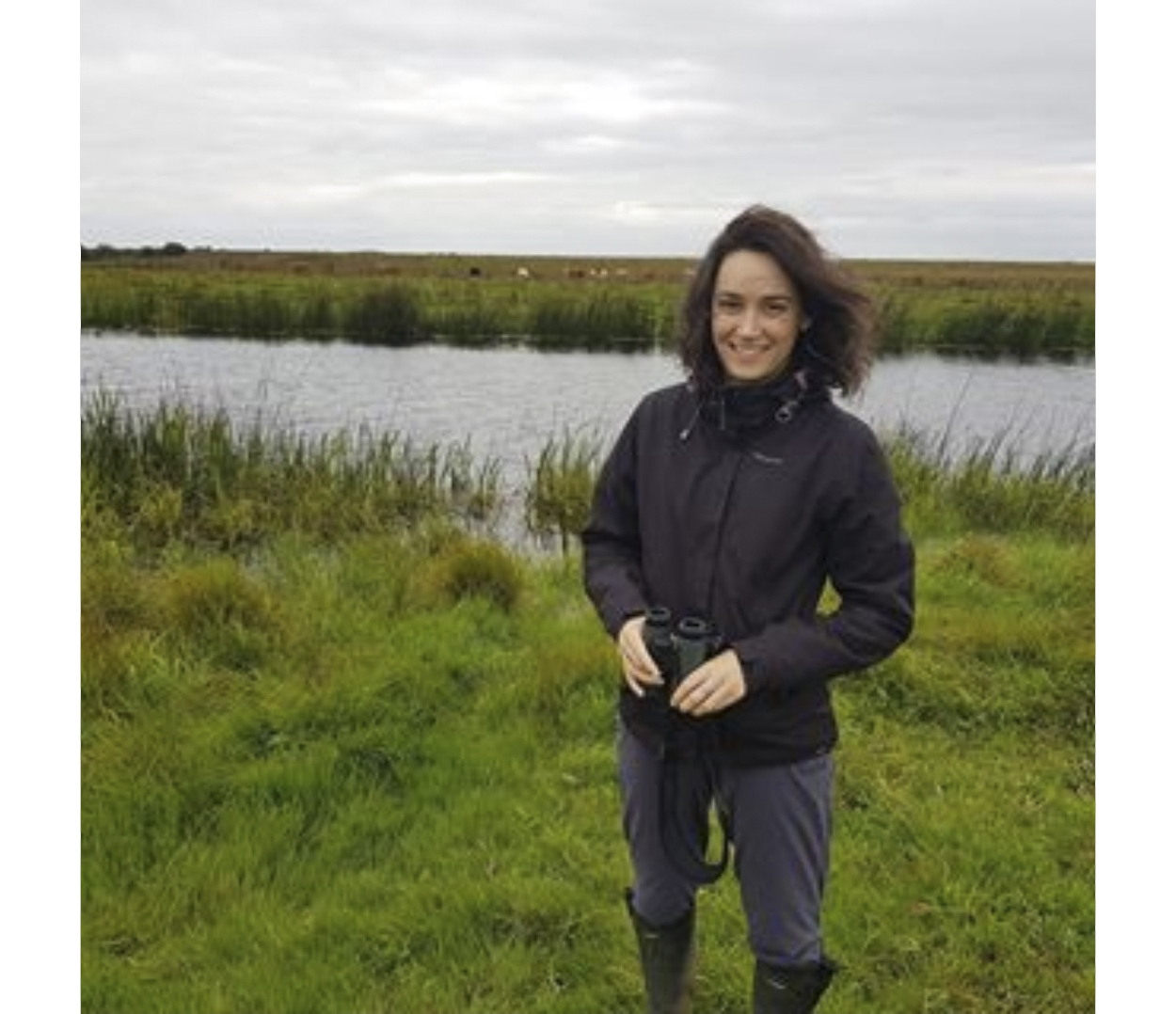 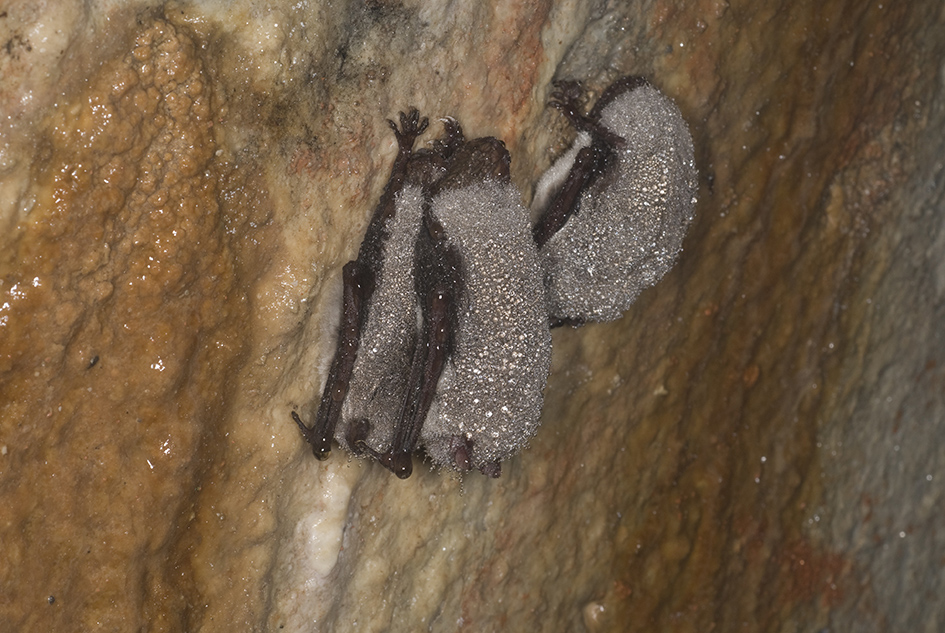