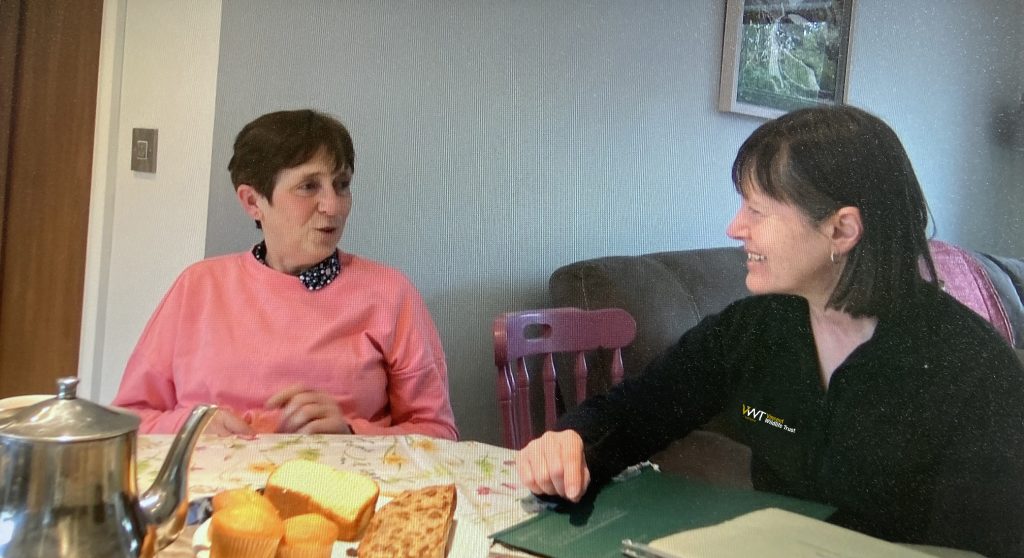 We rely on two long-term volunteers, Nora Coffey and Maire O’Connell, to conduct emergence counts at six of these each summer, between the last week of May and the first week of July. Two of these, Red River Cottage and Derreen Bridge, are accessed by roads that have been described on websites as two of the most beautiful road trips in Ireland, although one of them also comes with the advice that it should not be driven by anyone without mountain driving experience! Red River Cottage is reached by driving the Ballaghbeama Gap between Kenmare and Glencar and from there to Derreen Bridge Cottage via the Ballaghisheen Pass. 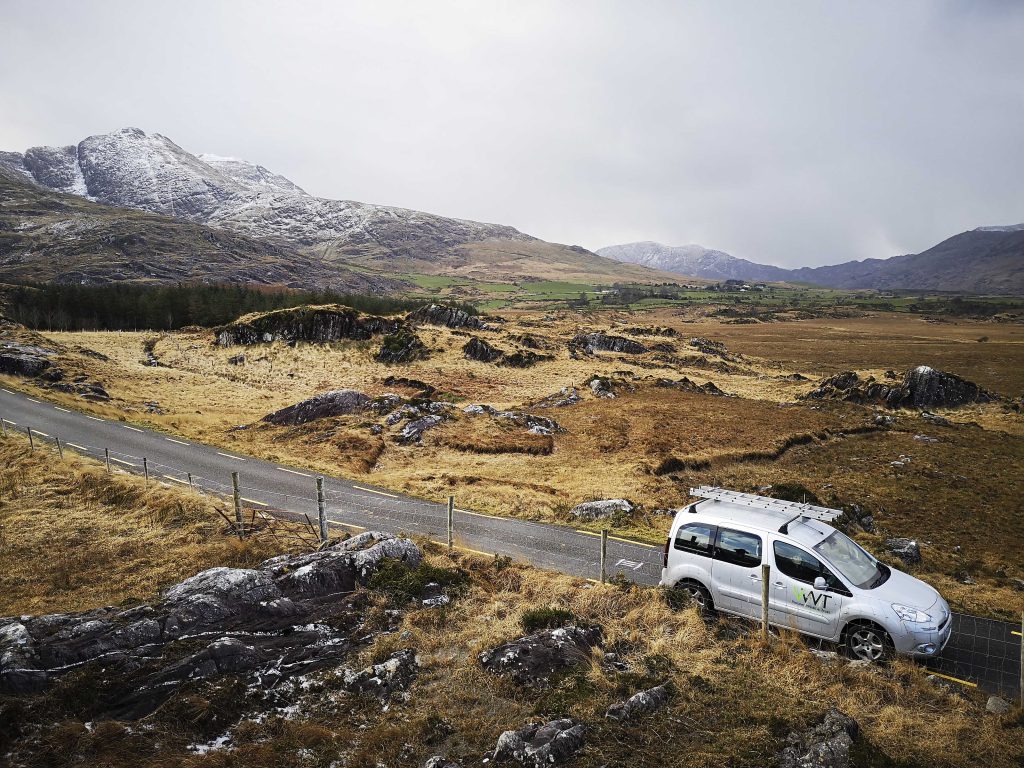 I recently had the pleasure of driving both routes when I visited Nora. Nora and her family live in the beautiful Glencar area of Kerry where, when she’s not counting out bats, she keeps a close eye on her flock of 230 mountain sheep. The Trust acquired Red River Cottage in 2004 and since 2009, Nora has, with help from her family, been conducting the counts there. She has a particular affinity with this cottage because, for a short time, her family once owned it.

Kate: It was thanks to survey work undertaken during 2002 that we discovered over 100 lesser horseshoe bats in the cottage, did you know there were bats in it when you owned it?

Nora: No, because it was really the land surrounding the cottage that we were interested in, to provide us with additional rights of way to our land, but it had been derelict for so long, I’d say the bats were there a long time before we bought it. Before 1999, land around here was being passed from one generation to another and farming was becoming more intensive, yet somehow the cottage and surrounding land hadn’t been sold off before then, so if the bats were there, they weren’t disturbed. 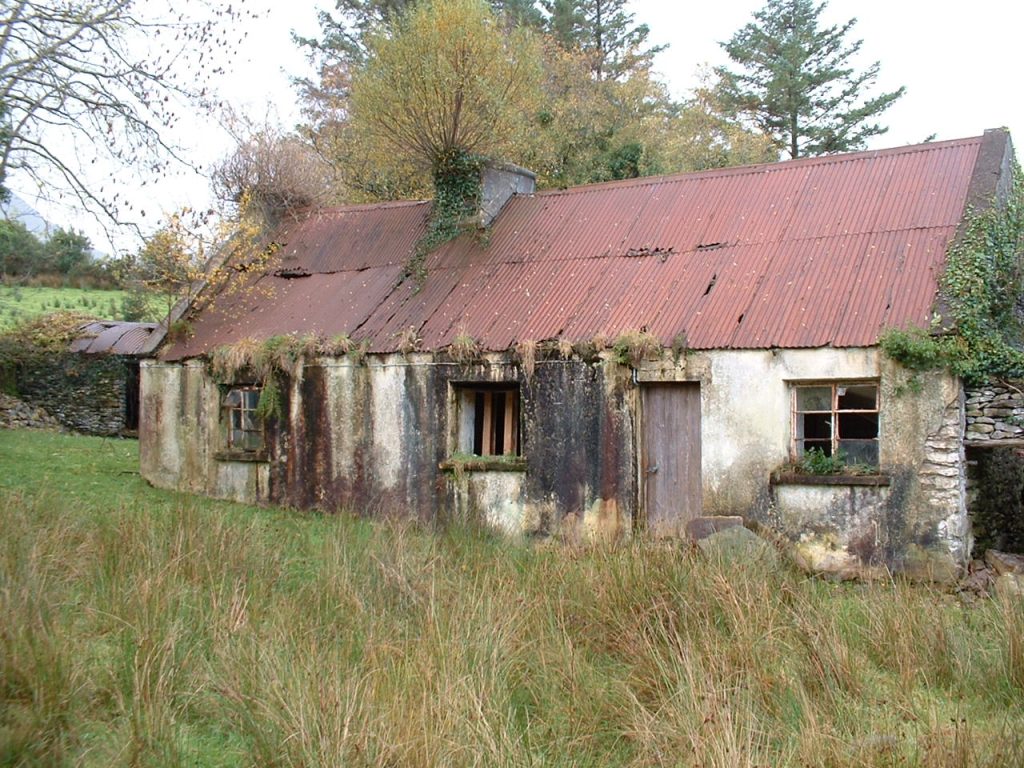 Kate: It was after the Trust bought the cottage that I discovered you still owned all the neighbouring land. I rang to introduce myself and sensed that you were a bit concerned about having a bat reserve so close to you.

Nora: There were a lot of tourists passing through back then and we were concerned that the bat cottage would attract more and they would pass over our land. I think closing off the gateway at the road was a great help in preventing any disturbance and of course we’re up there morning and evening with the sheep, so we can keep an eye on it. There’s never been any trouble, apart from a sheep straying in around the back or a branch breaking off some of the trees. 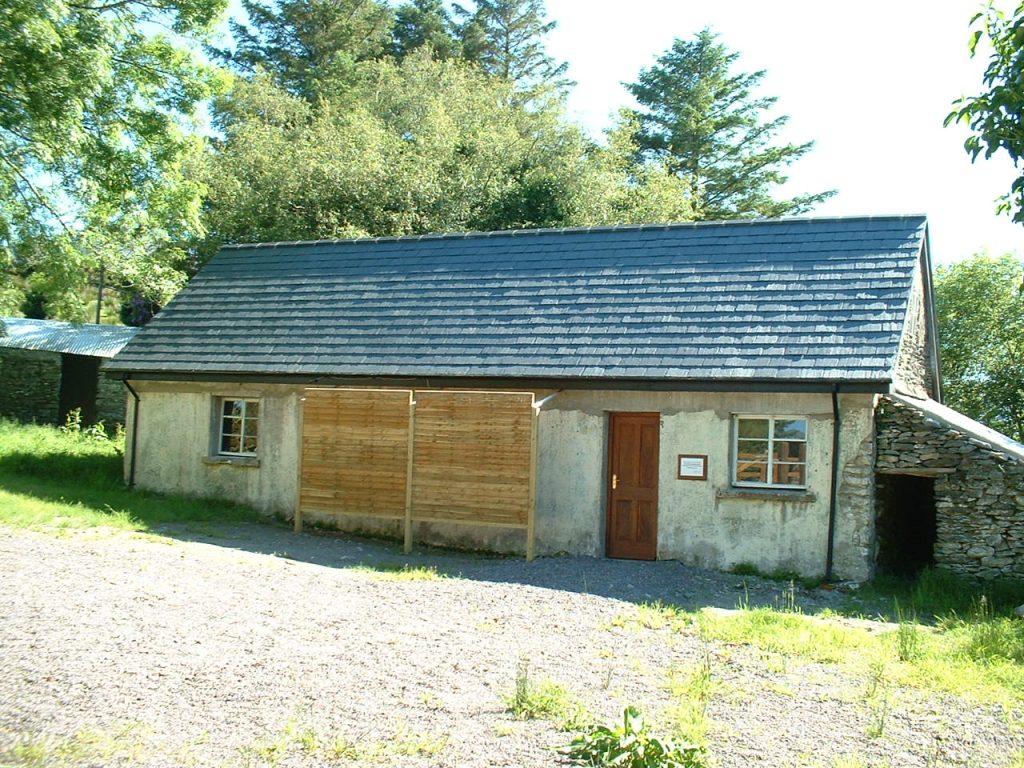 Kate: I think I was able to reassure that we wanted to keep the area around the cottage as quiet as possible and I then invited you out on an emergence count. When I count lesser horseshoe bats emerging, I always wait a few seconds before registering that a bat has left the roost, because often it will just fly away for a second or two and then return. I realised that you were going to be an excellent counter because at one stage, when you didn’t hear me click the tally counter to register a bat out, you asked me ‘did you get that bat, Kate?

Nora: I knew absolutely nothing about bats before that. The only thing I knew, because we were told as children, was that they could get caught in your hair. Bats were creatures that I’d never had contact with until that evening. Of course, I now know they won’t hit off you.

Kate: You’re not a fan though of the pipistrelles that sometimes use a different part of the cottage?

Nora: I was afraid that they would disturb the horseshoes, but the pipistrelles are always out and away before them and they don’t come every year. Why do the horseshoes come out so late here compared to bats at some of other Kerry sites? It’s around twenty-past-ten when the first one comes out and there’s always bats still flying inside when we have to finish, because we can hear them on the bat detector, but it’s too dark by then to see them coming out.

Kate: I suspect it’s just a few bats flying inside, but by doing the counts the same way every year, there will be consistency in the data. There is a lot of variation in the timing of emergence between the sites, some is related to the presence or lack of shelter, but at others it’s a mystery. For me the biggest concern is the midges!

Nora: Absolutely, the midges are unbearable! The net you gave me was brilliant at keeping them off but I was afraid I might miss some of the bats so I don’t use it now. The weather is also a problem, although not as critical for Red River, because we count that visually, so a light shower isn’t a problem, as the bats keep coming out. But at the other site, where we have to use two cameras as well, you can’t risk even a light shower. Some nights we drive over the pass to Derreen and when we get to the other side, it’s raining, so we have to turn back and try another night.

Kate: The counts are harder at that roost, not just because the bats use three exits but because it’s so late when they emerge. We hope to trial the system that worked so well at the UK reserves last year – where the feed from a camera with an infra-red spot are relayed to a large screen – so the bats are counted out on the night. This will save us time replaying footage. But I know you’re not a fan of the equipment.

Nora: No! But I’m happy to try it out if it makes it easier to count, but two exits are so close together, I think it will always be hard to count those.

Kate: You told me you still watched the bats coming out at Derreen Bridge in 2020, when we couldn’t get the equipment down to you because of the COVID-19 travel restrictions.

Nora: Well we were able to a count at Red River, as we don’t use the cameras there, so I wanted to make sure there were bats at Derreen as well. Although we couldn’t do a proper count, I was happy just to see them flying out of the cottage. 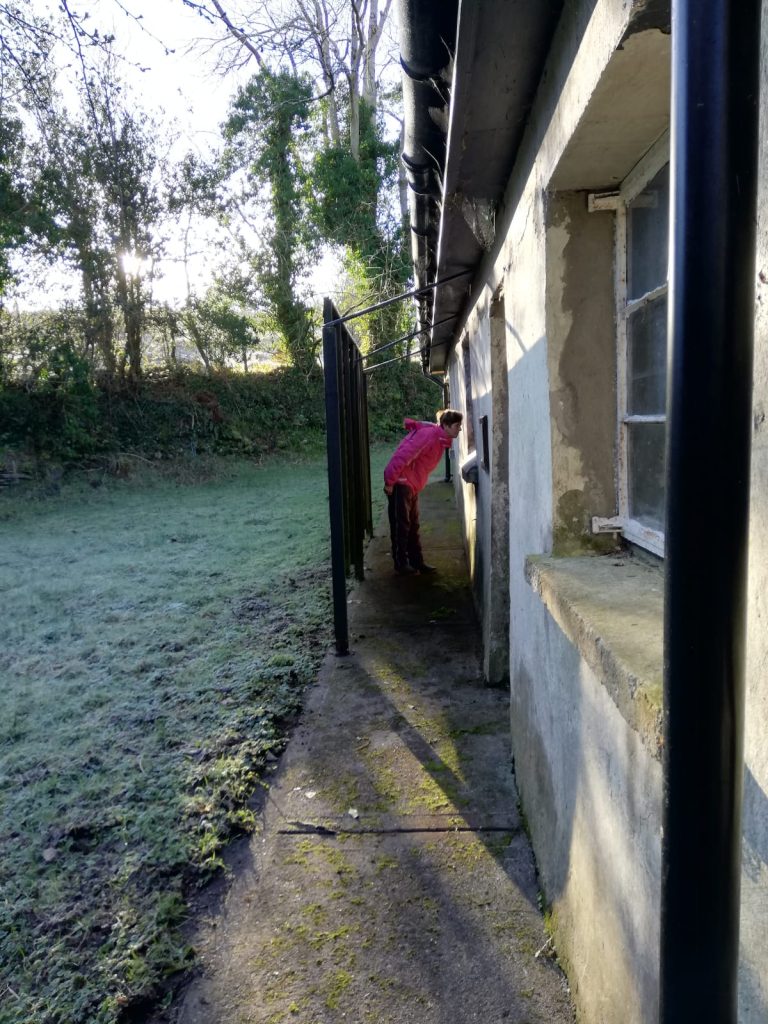 Before Nora took on the responsibility of the emergence counts at Red River and Derreen Bridge, I conducted these and based myself in Kenmare for two weeks each year, the last week in May and another week in June. While the views on the mountain passes were spectacular when driving over in the daylight of the early evening, it was the return trips, where the lights from my car were the only source of artificial illumination for miles, that evoke the strongest memories. Nothing for miles around but sheep, always slow to move off the warm road to let me pass. I know from talking with Nora that she relishes the evenings counting out ‘her’ horseshoe bats so I’m happy to forego my night-time drives.