The Mostela consists of a wooden box containing a plastic tunnel and a camera trap within to record any animal that enters. It has successfully detected stoats in the Netherlands and the UK. The Irish stoat is a subspecies endemic to Ireland and the Isle of Man and, despite being widespread in Ireland, no information exists on its population status due to the difficulty of detecting it. We conducted a twelve-week study from May to July 2019 at twelve locations in Mayo and Galway to test the efficacy of the Mostela to detect the species. A second camera trap was placed outside to record any stoats that did not enter. The results of this study are outlined in the poster below. 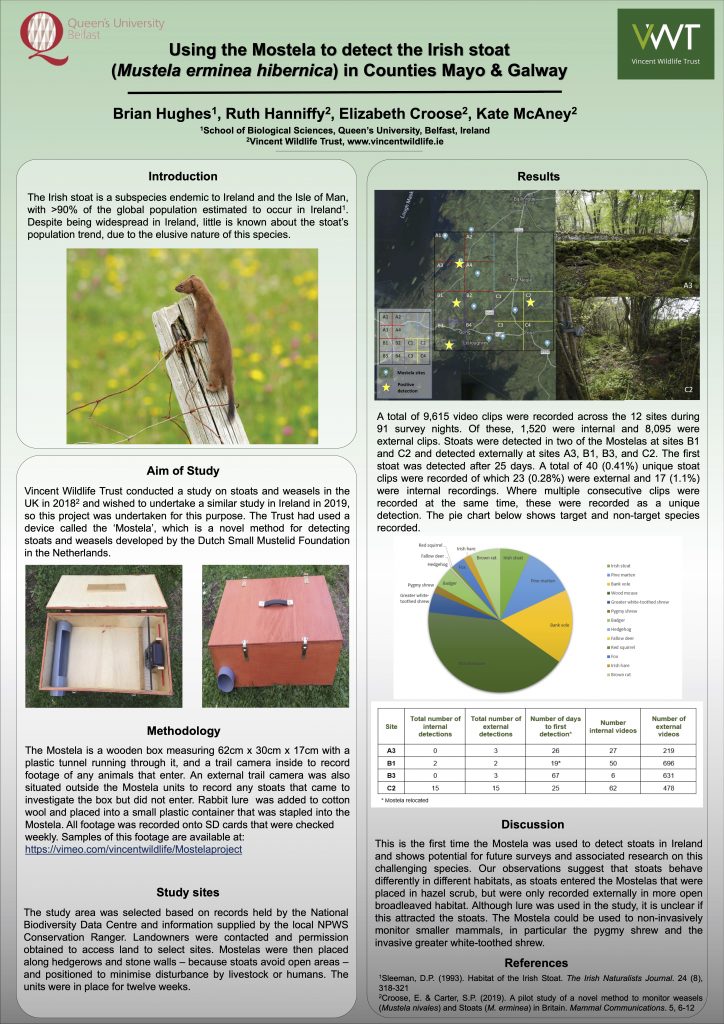 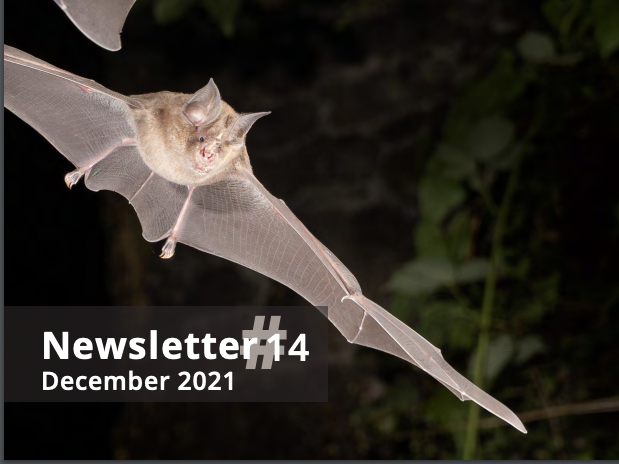 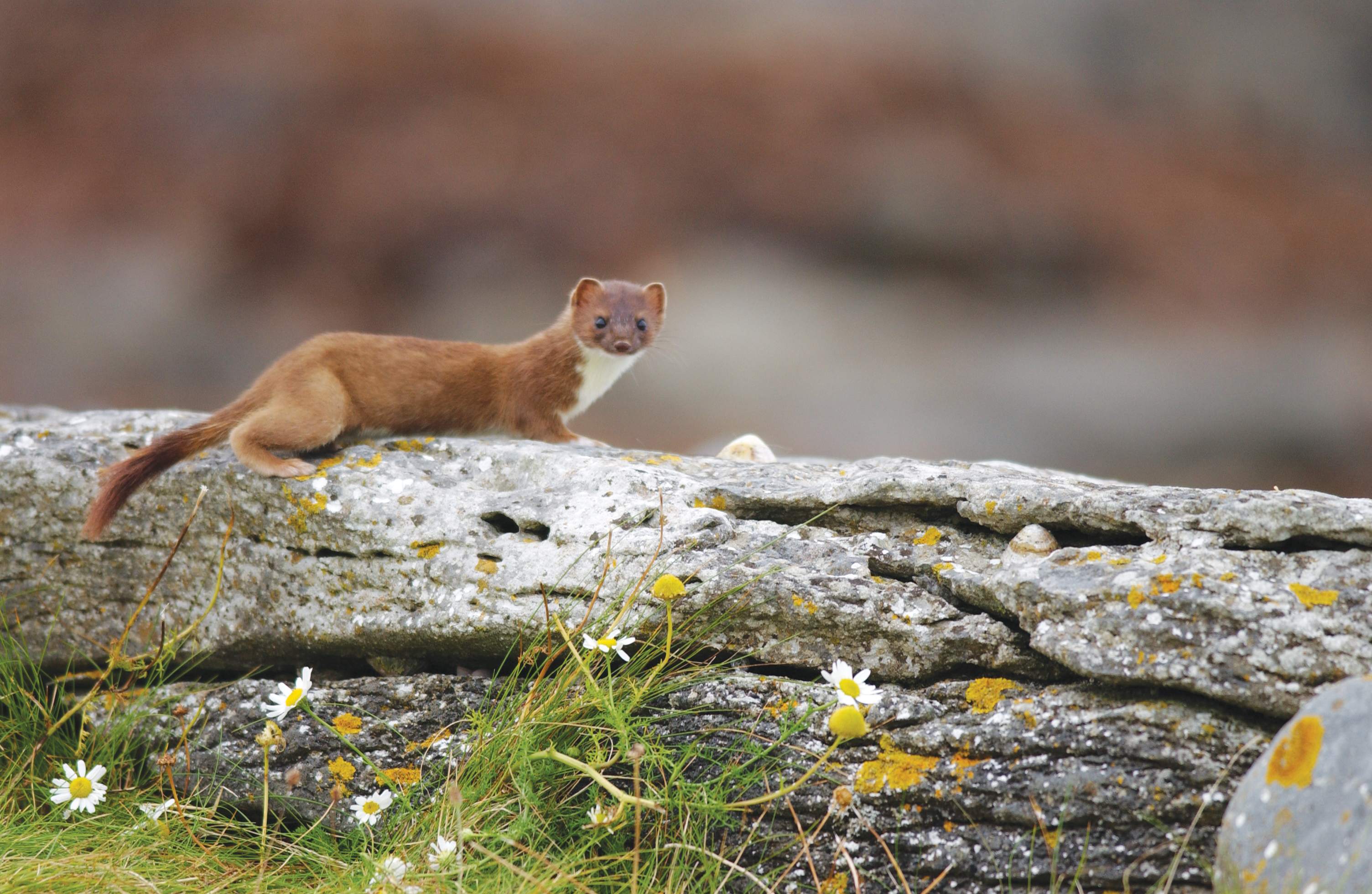